Asia Pacific region is vulnerable to many natural hazards, of which earthquakes are one of
the most catastrophic According to the Asia Pacific Disaster Report, the principal causes of
death due to natural hazards in the Asia Pacific region mainly include earthquakes and storms
Historically, several earthquakes have devastated the region?s countries and have caused
extensive economic and life losses Countries in the Asia Pacific region, such as Japan,
Mongolia, China, and Chile, have substantially protected themselves from earthquake risks with
a regional or country wide earthquake early warning system ( Bangladesh has been
vulnerable to earthquakes in the last 150 years It has experienced five severe earthquakes with
7 0 or greater magnitude on the Richter scale Epicenters within the country were also
detected, including the Great Bengal earthquake of 1885 The applicability of an EEWS in the
Bangladesh geological strata for reducing potential risks and saving the national assets (e g
railway, power generation transmission, gas transmission, metro rail, subway, large bridges)
must be investigated with confidence An environment must be created to promote
cooperative research and training in developing countries such as Bangladesh, where little to no
information related to EEWS is available To establish an EEWS in Bangladesh, it is imperative to
create a systematic and effective framework based on information sharing and enhanced
collaboration with other countries of the Asia Pacific region with seismic hazards
An EEWS consists of data recording through accelerometers and seismometers in national
observatories, communication technology for data transmission in the national backbone,
processing time, and disseminating alarms for notifying target locations The EEWS has to
provide advance announcement of an earthquake?s arrival by utilizing this time delay between
P and S waves generated through the sudden slip along the fault lines As the weaker but
faster P wave reaches the sensors at a frontal seismic observatory, it is analyzed to locate the
epicenter, determine its magnitude, and calculate the expected arrival time of the S wave at a
target site The Bangladesh Meteorological Department ( the national agency for
recording earthquakes, has 10 observatories across the country that transmit wave information
to the Dhaka (capital of Bangladesh) data center through the national telecommunication
network Because the differences in travel times between the waves are fundamental and
directionally dependent for geological strata, the EEWS for Bangladesh has to utilize such
country specific information. Currently, the BUET Japan Institute of Disaster Prevention and Urban Safety, an institute of
Bangladesh University of Engineering and Technology, has undertaken a research initiative to
understand the existing system for earthquake detection in Bangladesh It aims to develop
algorithms and techniques for earthquake early warning by predicting earthquake epicenters,
magnitude, and intensity at regions of interest and developing small scale demonstration of the
EEWS for Bangladesh Currently, BMD is a national contributor to this research The
International Research Institute of Disaster Science IRIDeS Tohoku University, Japan, a
pioneer in EEWS, continues its research in developing a new generation EEWS and improving its
accuracy The collaborations are at work together with BUET JIDPUS in developing this EEWS,
identifying the limitations of the existing facilities as compared to that of Japan, and proposing
modifications as technological partners
IRIDeS has been providing technological support to Mongolia for establishing a structural health
monitoring system through using the EEWS concepts To be fully resilient and to be prepared
for an unpredictable natural disaster such as an earthquake, such collaboration between other
countries of the Asia Pacific Region needs to be emphasized Earthquake triggered disaster risks
will be reduced by implementing the EEWS
The fusion of technologies such as EEWS and the pathway of the fourth industrial revolution
will allow forecasting natural hazard risks in digital spaces Predictive analytics powered by
artificial intelligence ( the Internet of Things ( deep learning based algorithms, and
advanced sensor platforms will help the government, engineers, and scientists to monitor and
predict earthquakes in real-time in the envisioned disaster resilient society
Professor Dr A F M Saiful Amin, renowned educator and expert in the field of engineering, is a
leading proponent and promoter of engineering education and sustainable infrastructure in
Bangladesh As an experienced civil engineer and leader in groundbreaking engineering
research, he has been teaching and researching as well as designing, constructing, repairing,
and maintaining installations for over 25 years
In 1996 as an undergraduate in Civil Engineering at Bangladesh University of Engineering and
Technology, he received the Gold Medal from Prime Minister Sheikh Hasina for graduating in
first place with first class honors He received his PhD from Saitama University in Japan in 2001
researching earthquake resistant bridge design, and since 2010 he has been Professor of
Engineering in the Department of Civil Engineering at BUET
Dr Amin is the director of BUET's Institute for Disaster Prevention and Urban Safety, focused on
research on disaster management and disaster risk reduction and creating a more skilled
workforce for the country He currently leads the country's largest research project on
earthquake related disaster management and natural disaster related risk reduction Run with
the help of Japan, its results will play a major role in making national policy in a host of relevant
fields.
Leading Promoter of the Bridge Engineering Discipline in Bangladesh
A respected Fellow with the Institution of Engineers in Bangladesh, Dr Amin has studied,
participated in research and conferences, received awards and grants, traveled and given
lectures in many locations, including Germany, Japan, America, Bangladesh, the United
Kingdom, Canada, Malaysia, Thailand, and Europe Throughout many of these countries, Dr
Amin has personally examined bridges in his efforts to advance the knowledge of bridge
engineering in Bangladesh.

Founding and nurturing the Bridge Engineering discipline in Bangladesh to assist his country in
sustainable infrastructure development, Dr Amin has, since 2005 been the main organizer of a
series of international conferences 2005 2010 2015 and 2020 that have become a primary
force for innovation, acquisition, development, and application of appropriate technologies in
Bridge Engineering for Bangladesh As each conference has grown, both domestically and
internationally, its contribution to the development of bridge engineering in the country is
profound and pivotal

Education
He passed SSC with Star Marks from Government Laboratory High School in 1987 and in 1991
he was admitted to the Civil Engineering Department of Bangladesh University of Engineering
and Technology after placing fifth in Dhaka Board's HSC merit list from Dhaka College in 1989 In
1996 he took first place and graduated with first class honors in Civil Engineering from BUET
Soon after graduation, he chose the Bangladesh University of Engineering as his workplace and
began his teaching career as a lecturer After completing his Master of Science studies at BUET
in 1998 he moved to Japan for higher education with a scholarship from the Japanese
government Researching earthquake resistant bridge design at Saitama University, he
received his PhD in 2001 Now he was ready to fulfill his dream of returning to Bangladesh and
applying his knowledge and talents to helping his country He joined BUET's Department of Civil
Engineering as an Assistant Professor in 2001 In 2004 he was invited by the German
government to study at the University of Kassel as a visiting professor, and in 2007 he was the
first engineer from Bangladesh to be invited as a Fellow of the German government's
prestigious Alexander von Humboldt Foundation to study at the University of Munich as a
visiting professor He became a professor in BUET's Civil Engineering Department in 2010. 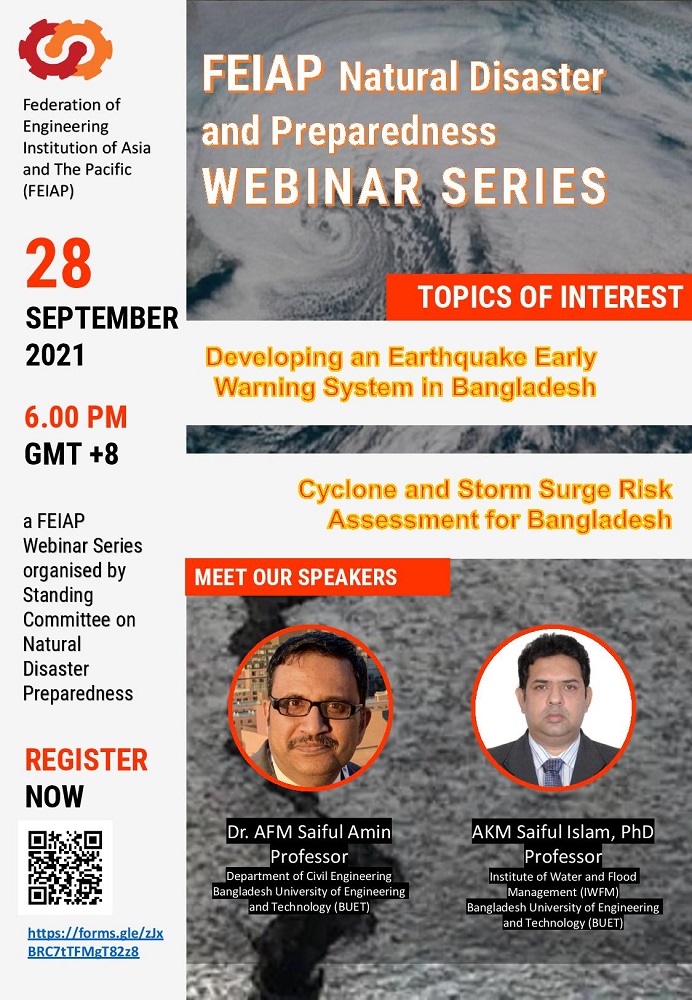 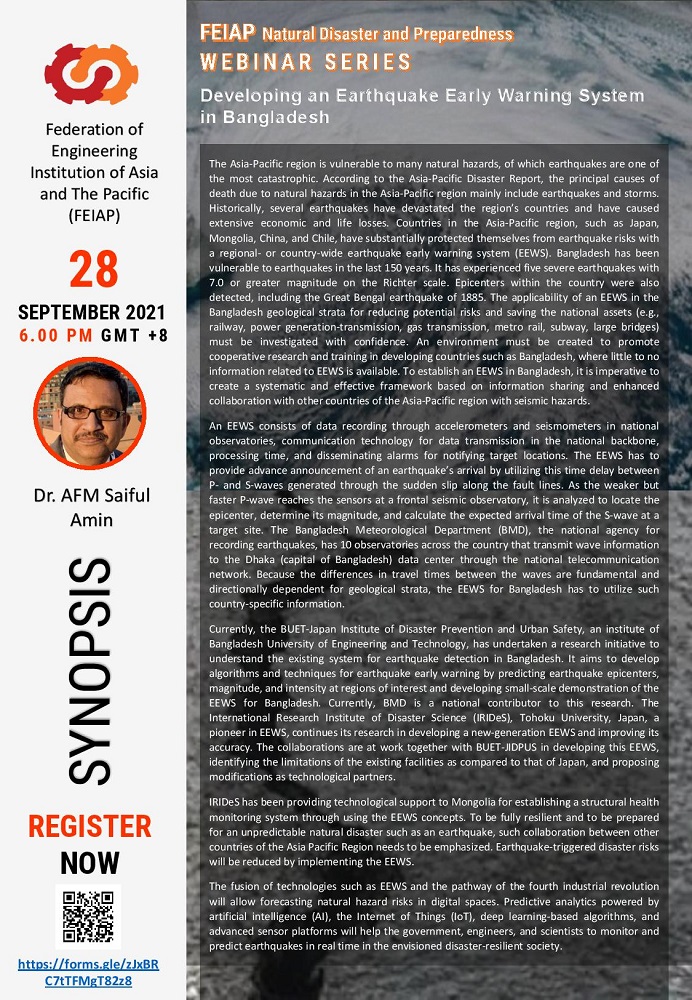 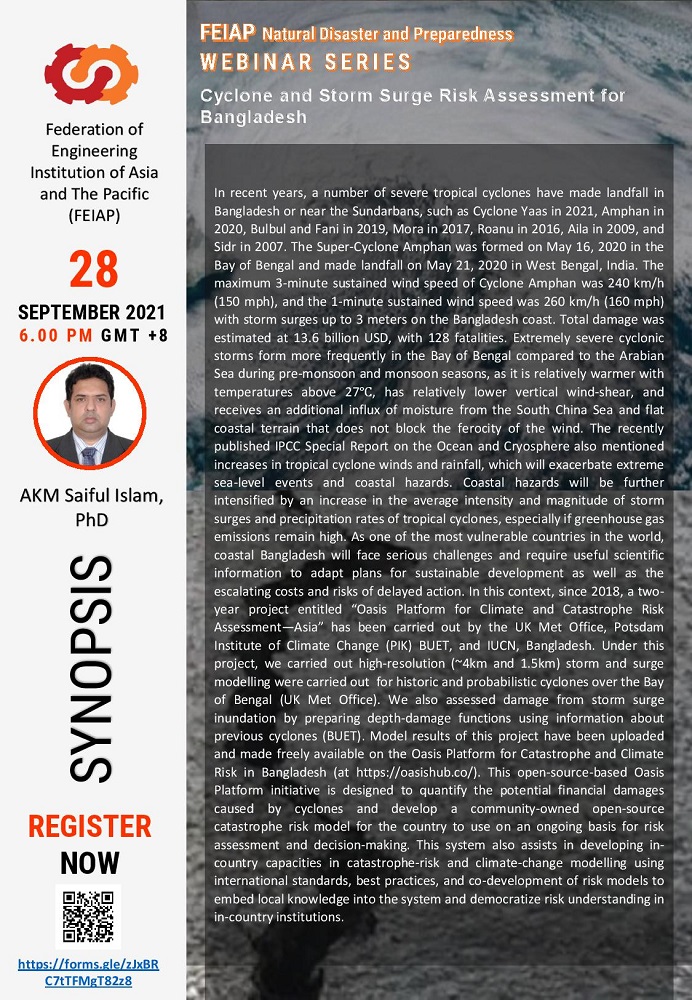 Bilateral agreement between IEB and Labaid

Bilateral agreement between IEB and Labaid