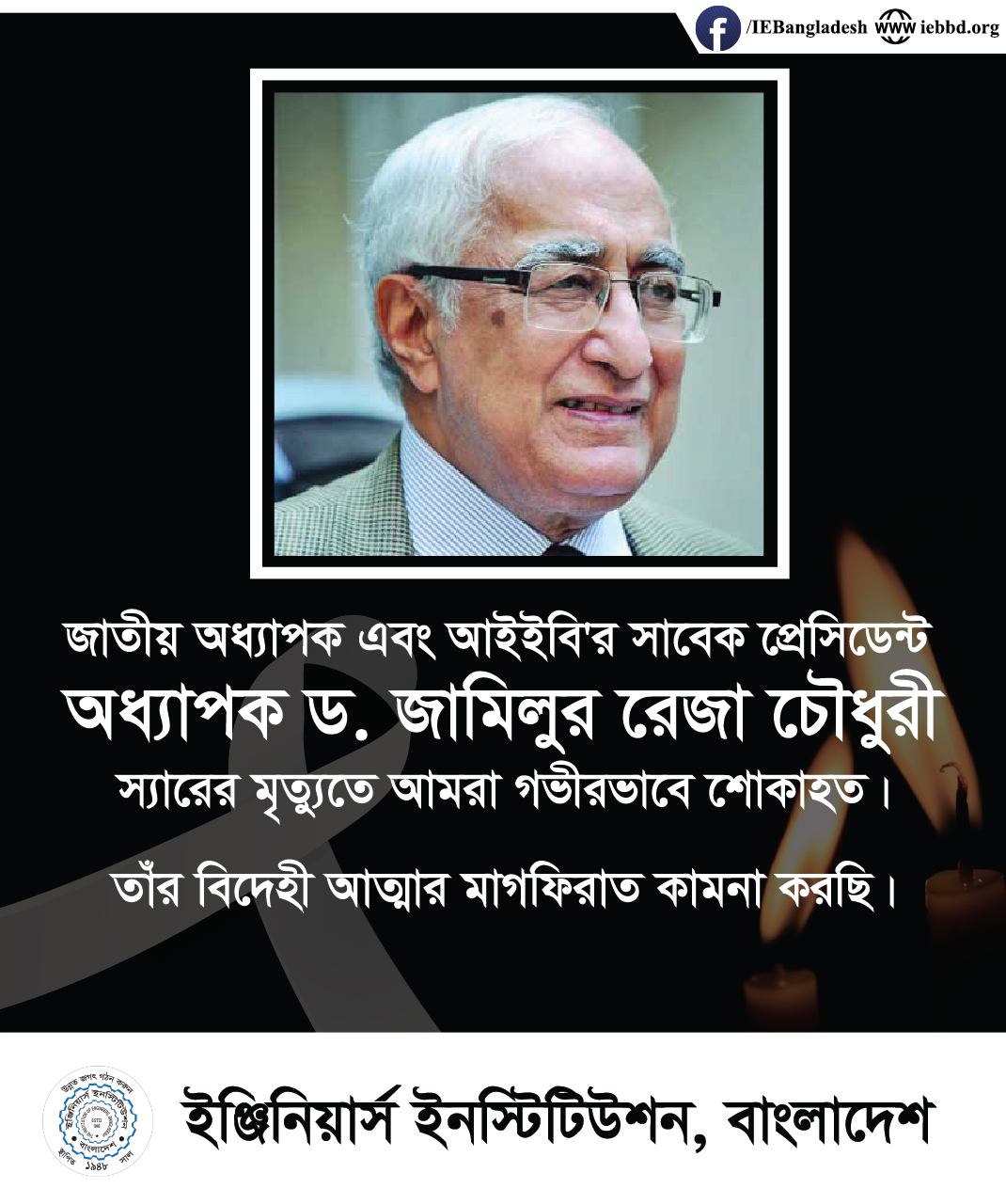 He was 77. He had a heart attack at home around sehri time, according to family sources. Dr Choudhury was declared dead at Square Hospitals around 4:00 am. A renowned civil engineer and educationist, Dr Choudhury was the Ex-President of The Institution of Engineers, Bangladesh (IEB) and vice-chancellor of the University of Asia Pacific. He had been the president of Bangladesh Mathematical Olympiad Committee since 2003.

Dr Choudhury had authored about 70 papers in international journals and conference proceedings. He had acted as consultant to many national and international agencies. He was a Member of Panel of Experts (advising the Government, the World Bank, Asian Development Bank and OECF, Japan) for the Bangabandhu (Jamuna) Bridge; he headed the International Panel of Experts for Padma Bridge. He was the Team Leader for the Multipurpose Cyclone Shelter Programme and prepared the Master Plan for Cyclone Shelters in the coastal areas of Bangladesh. He was a Fellow of the Institution of Engineers (Bangladesh) and was its president in 1992-93. He was also a Fellow of Institution of Civil Engineers (UK). He was the Chairman of the Board of Accreditation for Engineering and Technical Education, Bangladesh. He was appointed adviser to the caretaker government in April, 1996 and was in charge of the Ministry of Energy and Mineral Resources and the Ministry of Water Resources. He received numerous awards during his illustrious career. 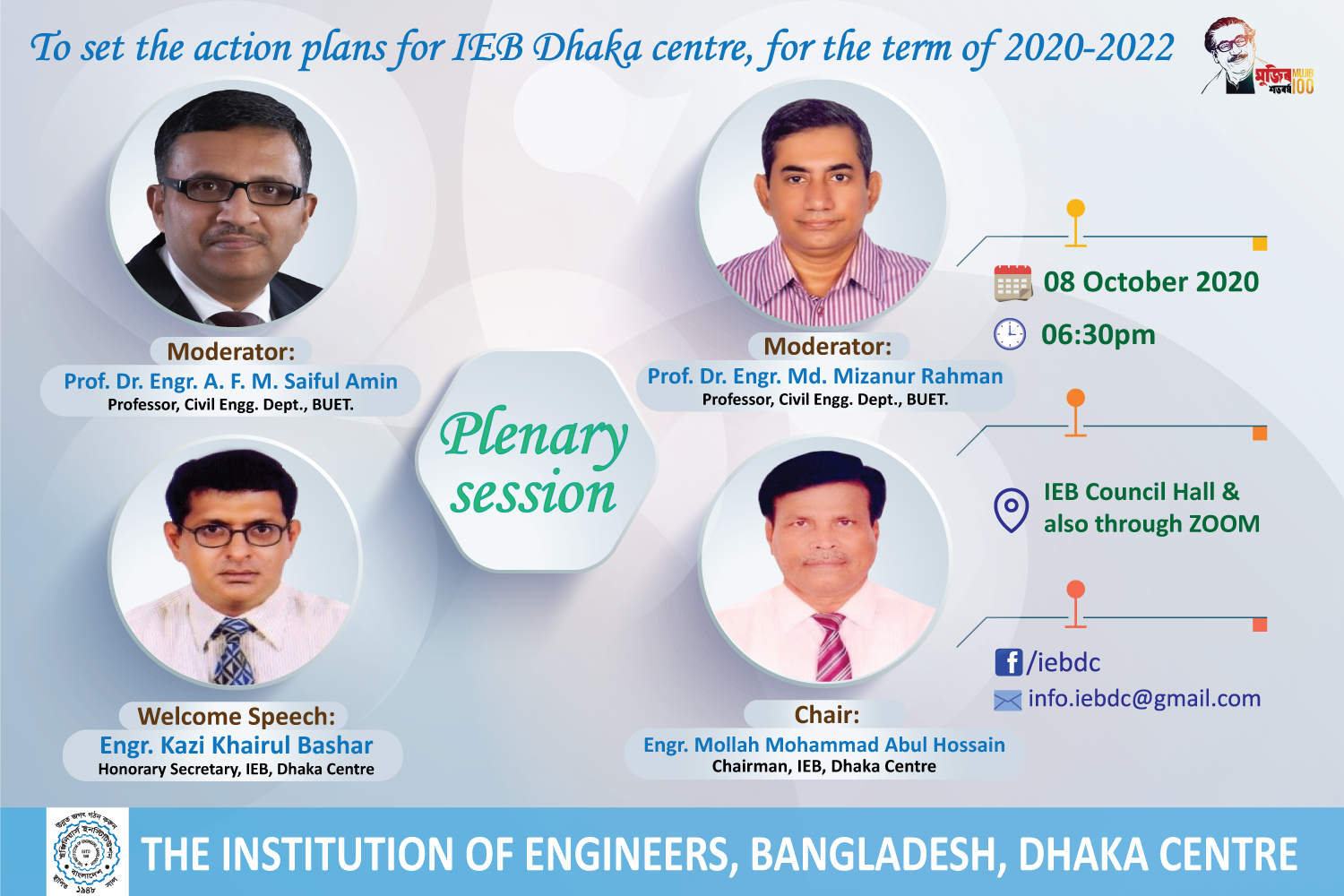 Plenary Session to set action plans for IEB Dhaka centre, for the term of 2020-2022

The Executive Committee and Council of IEB, Dhaka Center are strongly protesting and condemning the unjust arrest, handcuffing, and remand of 04 esteemed engineers working in Titas Gas T&D Co. 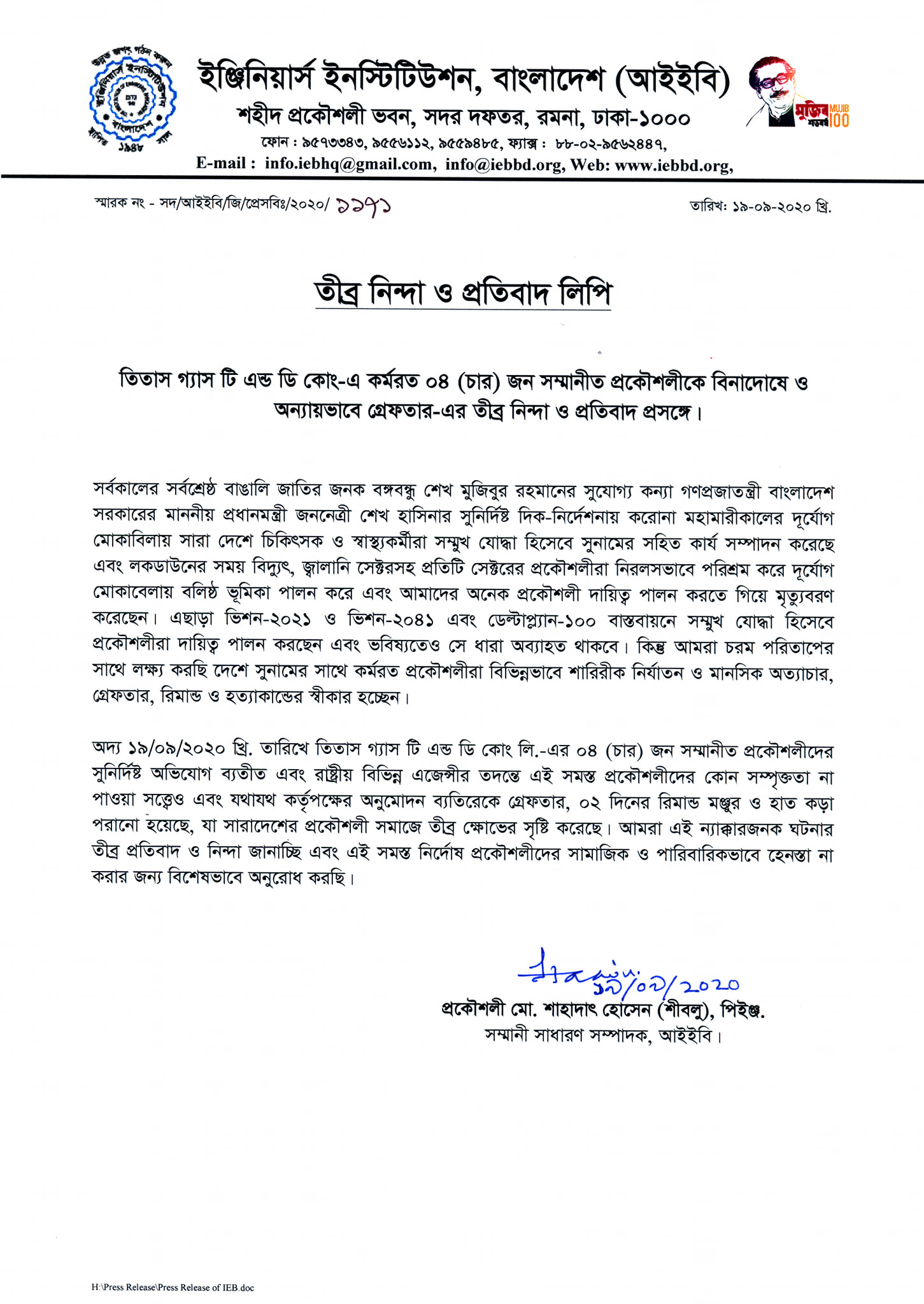 The IEB strongly condemns and protests the arrest, handcuffing and remand of four engineers working at Titas Gas T&D Co.